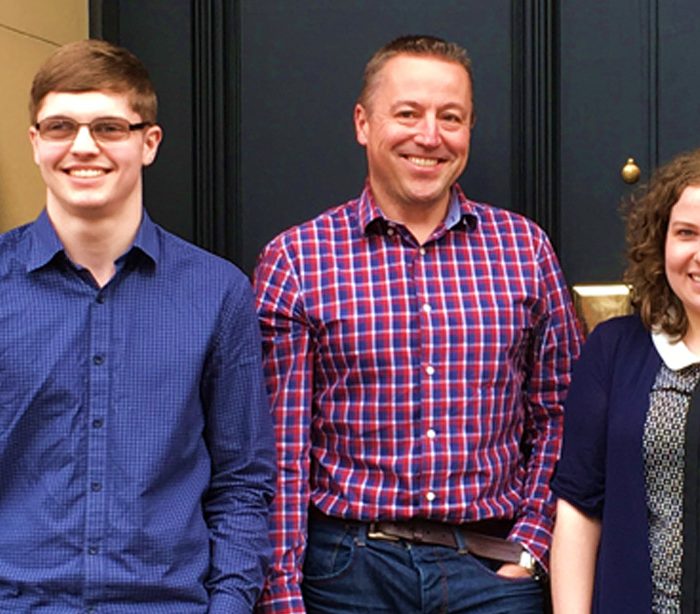 Mustard has further bolstered our research and business development teams having recently been announced as the winner of the FSB and WorldPay UK “Employer of the Year” award for the North West region.

We are delighted to announce that David Hickson has re-joined our business development team as account director.

David initially joined the business in 1996, and now has over 20 years’ research agency experience across b2c and b2b sectors. During his career he has directed several strategic research programmes, advising clients nationally and internationally, targeting competitors’ vulnerabilities, interpreting market trends, improving products, services and customer relationships and driving profitability. For the past seven years David has managed his own market research business, working with high profile FMCG brands.

“From the first conversations with the team, it was clear that Mustard has ambitious growth plans and a great reputation with clients for providing innovative research solutions. I’m really excited to be re-joining the agency and looking forward to playing a key role in Mustard’s future growth and development and the future success of our clients’ businesses.”

David has a Bsc in Economics from The University of Salford.

Ben Ashton has joined the business after a career-break spent travelling.

Ben graduated with a BSc Psychology First Class Hons in 2013 from Sheffield Hallam University (which included a six month exchange at the University of South Australia). He then spent over two years as a research analyst specialising in customer satisfaction research for The Leadership Factor.

Outside of work he spends his time as a folk guitarist and singer, playing and watching football, and running. He is also currently failing to grow an avocado tree (any tips are welcomed!).

Laura James has joined having recently moved back to the North – her previous role was a qualitative research specialist at Directions.

Laura graduated with a BSc Psychology in 2014 from The University of Huddersfield, and immediately began a career in research working as an intern within the institution, single-handedly delivering a programme of qualitative research that has helped drive up satisfaction ratings amongst current students.

When not being a “professional nosey parker”, Laura enjoys hiking and swimming in her spare time.

Both Ben and Laura will be working across a broad range of projects and programmes, for clients across sectors including healthcare, transport, food and drink and leisure and tourism.

The three new additions to the team has underscored what has been a fantastic start to the year for Mustard.

Having scooped the award for Best Small Business (10-50 employees) and Creative & Media business of the year at the FSB Greater Manchester and North Cheshire Awards last year, we are delighted to have been  recently announced as the winner of the FSB and WorldPay UK “Employer of the Year” award for the North West region.

Not only that, we have also made the final four for the coveted national title of “Employer of the Year”, and will learn whether we’ve been successful at a ceremony to be held at Shakespeare’s Globe theatre on 10th May.

In addition to the three new hires, we are also pleased to announce two promotions.

Victoria Williams has been promoted to Senior Research Manager. Victoria joined Mustard in November 2015 having previously worked client-side at Three and the Financial Times. She has successfully led on high profile programmes of research for the likes of The Law Society, Warner Brothers, David Lloyd Leisure and Cake Crew.

Meanwhile, Ryan Sherratt has been promoted to Data Executive. Ryan joined Mustard in February 2016 on an apprenticeship scheme.

“Our commitment to our team has been central to Mustard’s growth in the last few years. We have a culture of ‘doing more’ both in terms of the way we treat, develop and reward staff, but also in terms of the autonomy we give them to contribute to the success of the business. We are absolutely delighted to see this approach recognised at a regional and national level. We are equally thrilled to reward Victoria and Ryan’s continued development, as well as adding David, Ben and Laura the team.”