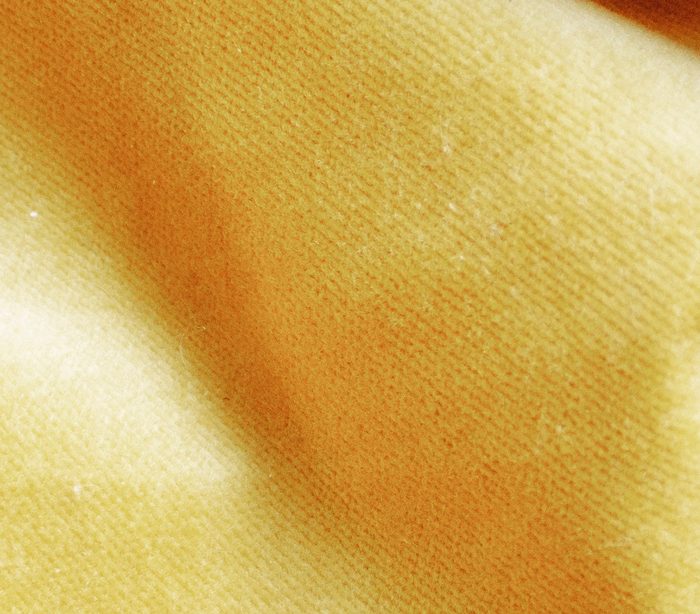 Welcome to the 4th edition of the Mustard Brand of the Year (#BOTY) rankings.

After deliberation and consideration, the Mustard team has produced a list that we feel represents the best brands of 2018.

In the current cold-snap, the hot summer of 2018 feels like a long time ago! In the midst of that glorious summer, football nearly came home. Thankfully the twelve boys and their coach DID get home after they were rescued from the flooded cave in Thailand, whilst the world lost the bright lights of Stephen Hawking and Aretha Franklin amongst others. Brexit negotiations, meanwhile, rumbled on without resolution and (at the time of writing) that particular saga continues…

In the business world, GDPR ironically led to a spike in unnecessary email. Tesco opened its discount store – Jack’s – in an attempt to take on Lidl and Aldi. Tesco remains in the news in 2019 for less positive reasons, meanwhile Sainsbury’s and ASDA entered merger talks, Marks and Spencer announced store closures and Mike Ashley bought House of Fraser. When Ashley wasn’t in the news, Elon Musk was. Ryanair’s cabin baggage rules became even more complex and less customer-centric. Then KFC ran out of chicken.

But 2018 was better for others, and these rankings are designed to shine a light on those considered to be doing a better job at building positive brand perceptions through what they do, as we well as what they say.

Historically, digital-first brands have performed well in the Mustard rankings. Last year we saw Netflix take over our “top spot” from Amazon, with Instagram, WhatsApp and Google making up the top five.

So how have these brands fared this year?

48th Friends of the Earth

Number of countries: 20. Number of events: 130,059. Number of runners: almost 2 million. Number of runs: 26 million. All for free, run by volunteers. Now a global phenomenon and being prescribed by the NHS.

2018 was a big year for Marvel movies, and Black Panther looks set to scoop more awards. Marvel marked the 10 year anniversary of the MCU with one of crossover events in history (Avengers: Infinity War), it has been a good (and highly profitable) year.

Airbnb is no stranger to the Mustard rankings. It now offers Airbnb experiences, connecting people to unique travel experiences. It couldn’t be more on trend, offering people the chance to experience the different, the “real”, and in turn helping people support local businesses.

A brand that has entered 2019 very much in the news with the recent US indictments, Huawei started 2018 as an outside choice, but has established itself as the Apple challenger brand, it has gained respect and is now generally considered a cool phone to own.

Although most would agree there is a long way to go to raise awareness and provide support for people who suffer from mental ill-health, most would also concede that the issue is “on the radar” now more than ever before. Mind has been one of the most prominent brands in the charitable sector, not least for the sponsorship of ALL football league clubs’ shirts and initiatives such as #REDJanuary.

Patagonia has been one of the brands to most successfully tap into the trend of responsible consumerism and the demand for ethical clothing. Primarily because they act responsibly and do as they say. They live their mission “in business to save the planet”. This is embedded in their business throughout their production processes, and other activities such as donating 10% of profits to environmental activism, and dedicating $10m in tax cuts to environmental charities in protest of Trump’s tax bill.

One of the leading “seamless experience” brands. Super easy to use, personalised and an enabler of discovery. It retains its status as a top brand amongst the Mustard team.

We are proud to have Gymshark as a client, and with 5 million Instagram followers (having only been founded in 2012), we’re not their only fans. Clearly one of the brands of the year, Gymshark features in the FastTrak 100 growth companies as well as Drum’s Top 100 brands.

As anticipation grows for the release of The Lego Movie 2, most things LEGO remain awesome. It has committed to using 100% sustainable materials by 2030 and 100% sustainable packaging by 2025. LEGO remains a big deal for its 13 million Facebook fans.

Colin Kaepernick. 2018 proved that Nike has winning principles. Nike delivered a massive statement on the state of US society, and despite some boycotts Nike saw a $6bn increase in revenues. Perhaps a gamble, but one that paid off.

Paypal also ticks the friction-free box, and has a place in the Top 10. A brand that has removed a hassle that we previously never realised was a hassle (taking your card out of your wallet). Allowing consumers to spend time and energy in meaningful ways, Paypal has also avoided bad press unlike some other tech-giants in 2018…

….Speaking of which… One-time #BOTY, Uber was down in 30th position in the Mustard rankings last year as a result of negative press surrounding loss of licences in London and Sheffield amongst other cities. Added to this, more bad press in 2018 about treatment of “workers”. Despite this, Uber still retains its brand strength. Like Paypal, hassle is removed. Shorter waiting times, no need to worry about cash (or tips), an enhanced perception of passenger safety and (in many instances) lower fares.

This free online game became a cultural phenomenon in 2018. It amassed over 125 million players in less than a year and generated over $1.2 billion in revenue for its developers Epic Games through in-game purchases. Ever wondered why you see so many celebs and sports stars ‘flossing’? That’s all down to Fortnite. Rumours abound this week that there’s a Super Bowl crossover event coming too.

A mainstay of our rankings, albeit down a few places, Instagram is THE platform for many within team Mustard. It delivers fantastic brand engagement and is generally considered a nicer place, not full of fake news, lies and anger. Although 2019 has started with bad press surrounding (the lack of) policing of self-harm imagery, advertising demand was up 5.5% in Q4 2018 (compared with a 15% drop for its owners Facebook) according to Socialbakers.

The Facebook-held messaging app remains a hugely popular and successful brand, growing to over 1.5 billion users in 2018, having so successfully fused texting with other forms of communication. It has however fallen two places in our ranking from last year, and we watch the impact of Facebook’s plans to integrate it alongside Messenger with interest.

According to the Guardian, two-thirds of UK shoppers visited one of the discounters over Christmas. 2018 was another record year for Aldi, signed off by raising UK workers’ pay above the living wage. Aldi is never short of advocates across categories (but especially alcohol), whilst prices remain low. The grocery establishment appears to be panicking.

What’s this?! A financial services brand near the top of the #BOTY rankings?!

As well as being possibly the best rated bank card in the Mustard office, Monzo became Britain’s best-rated lender in November 2018, according to a Which? annual survey. The bank also reached one million customers in 2018, revolutionising the way we spend money, track budget and spend. Another brand to remove friction – it allows users to pay contacts with one tap and it’s free to use abroad. The bright pink card is also popular (amongst some…).

Remember when Amazon used to do books? Jeff Bezos is the richest person in the world with a net worth of $100 billion. That’s what diversification can do!  Expect more eye-watering numbers when its Q4 earnings are reported on Thursday 31st January. Amazon has nailed what integrated omnichannel customer experience should be about – easy and convenient. Alexa is leading the way in voice-controlled virtual assistants, and in June 2018 Amazon secured the rights for one of the Premier League’s broadcast packages – including all 10 Boxing Day games from 2019. But this year Amazon gets marked down for excess packaging and so drops another spot from 2nd to 3rd.

OK, so the vegan sausage roll was, strictly speaking, 2019. But Greggs is a brand with momentum. Profits at the UK’s biggest bakery chain are expected to hit £88million with year-on-year sales up 7.2% and approaching 2,000 sites. With widely acclaimed savvy marketing – the Gregory & Gregory taste tests in the summer, reversing the sign so people could read the reflection in a Fenwick window display in the winter. Such tongue-in-cheek activity is now typical Greggs and squarely “on brand”. Added to this, more great exposure via LadBaby’s Christmas Number One. Greggs has done a fantastic job at staying relevant in an increasingly health conscious world.

Netflix, the worlds leading internet entertainment service, hangs onto its #BOTY crown. As of Q3 2018, Netflix had over 137 million streaming subscribers worldwide. Netflix is considered the home of “new”. Special mentions for the interactive movie “Bandersnatch” which allowed users to choose the outcome of the movie. Not ignoring Bird Box which has now been watched by a third of all Netflix users, reaching 26 million viewers within its first 7 days of availability. Brilliant original content. Much more than movies and TV shows. No adverts. Multiple profiles on multiple devices. Super easy. And great value. A top brand.

Feel free to share your own #BOTY nominations using the hashtag!