Jen, the newest member of the Mustard team, argues that Ad-Blockers will become a big thing in 2016. A really big thing. 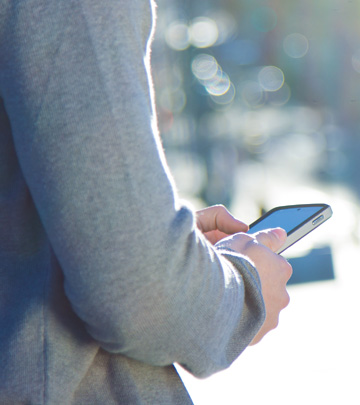 If you haven’t yet heard of the term “ad-blocker” then it’s time to crawl out from underneath that rock because you’re going to start hearing a lot more about them this year.

Ad-blockers are types of software that remove or hide advertising from web pages, allowing users to browse the Internet without seeing intrusive banners or pop-ups. They’re employed by Internet users for a variety of reasons, including for reasons of privacy or because adverts can slow down web browsers.

Not everyone is happy about this trend. The growing popularity of ad-blockers is a concern not just for companies advertising their products online, but also for web publishers who rely heavily upon the revenue generated from selling their web space to advertisers.

Could ad-blockers be about to change everything we know about online advertising, and more?

In September last year, tech giant Apple caused a stir by allowing ad-blocking extensions to work in the iPhone and iPad versions of its Safari  web browser. Content-blocking programs immediately shot up the charts of Apple’s most downloaded apps.

Coincidentally (or not, as the case may be) one of the companies threatened by Apple’s decision on ad-blocking is its big rival Google. In 2014, Google took nearly $9 billion in revenue from delivering ads to iPhones and iPads alone, the New York Times reported, citing analysis by Goldman Sachs.

This underlying threat to its revenues could also explain Google’s actions earlier this month when it banned a popular ad-blocking extension for Samsung mobile devices from being distributed on its own app store, Google Play.

The decision has reportedly since been reversed, but the incident shows how big web companies are worried by the effect that ad-blockers could have on their businesses. In 2014, Google’s revenue from advertising amounted to a reported $59 billion – or almost 90% of its total revenue.

Whilst just 6% of Internet users employed ad-blockers in 2015, this still amounted to a whopping $21 billion in blocked revenue, or 14% of global ad spend. This figure is expected to grow to $41 billion by 2016, PageFair/Adobe says.

With ad-blocking software on the rise, one thing seems clear: advertisers are going to have to adapt their strategies if they want their online campaigns to continue to get through to their target audience.

The Importance of Brand Advocates

Whilst consumers may be frustrated by targeted online advertising, they are more likely to engage with content posted online by friends or family members — and are far more likely to trust it.

It is here that the importance of brand advocates be understated.

By cultivating active brand advocates who are willing to promote a company’s products on social media or through review websites, advertisers can effectively bypass ad-blocking software. One way in which this can be done is through the creation of videos, memes or images, which can be easily shared online and won’t be hidden by blocking software.

Examples of shareable content include the recent Christmas adverts produced by Sainsbury’s and John Lewis. The adverts — both of which featured feel-good stories — struck a chord with the public and led to millions of people viewing and sharing the ads on Twitter and YouTube. You can read more about that here.

Other examples of successful online campaigns include the one run by drinks company Red Bull, which in 2012 sponsored extreme sportsman Felix Baumgartner as he attempted a sky-dive from 39,000 meters — then the highest dive on record.

Coverage of the stunt, streamed from Red Bull’s YouTube channel, broke the record for the highest number of simultaneous views for a live YouTube video. At its peak, 8 million people were tuning in to watch. A video of the stunt’s highlights, uploaded by Red Bull to YouTube, has since been viewed 39 million times.

In the short term, ad-blocking may necessitate a change in tactic for advertisers, who will have to produce more interesting content in the hope that it is voluntarily viewed and shared online.

But whilst Internet users may relish the chance to block unwanted and invasive content, what some don’t realise is that ad-blockers may threaten the very thing they seek to protect.

Many web publishers currently produce much of our favourite content for free, but are reliant on the revenue generated from advertising and click-throughs. Simply put, when adverts aren’t reaching their intended audience then web publishers don’t get paid.

Given that a reported 90% of everything we see online is funded by advertising revenue, this may have serious consequences for the future of the “free Internet” as we know it. Some news sites, such as The Times and The New York Times, have already erected pay walls in order to limit the impact of declining ad revenue. However this business model is only likely to succeed where the site content is unique or particularly desirable. Users are unlikely to pay for access to sites they may come across whilst browsing — they will simply switch off or visit an alternative site.

It is this trade-off between a free-to-use Internet and viewing adverts that could yet limit the long-term success of the ad-blocker. The thinking is that whilst some users may wish to block content, they will wish to pay for an ad-free Internet even less.

For now, it remains to be seen what will happen. But with ad-blocking software on the rise, 2016 could yet bring challenges that will shake up the online advertising industry as we know it.