Probably the best market research in the world?

Probably the best market research in the world?…  Probably not…

Whilst some people are currently using social media to extol the virtues of Carlsberg’s creative outdoor campaigns, Mustard’s Gareth Hodgson takes the time to scrutinise the taste test claims in a bit more detail. 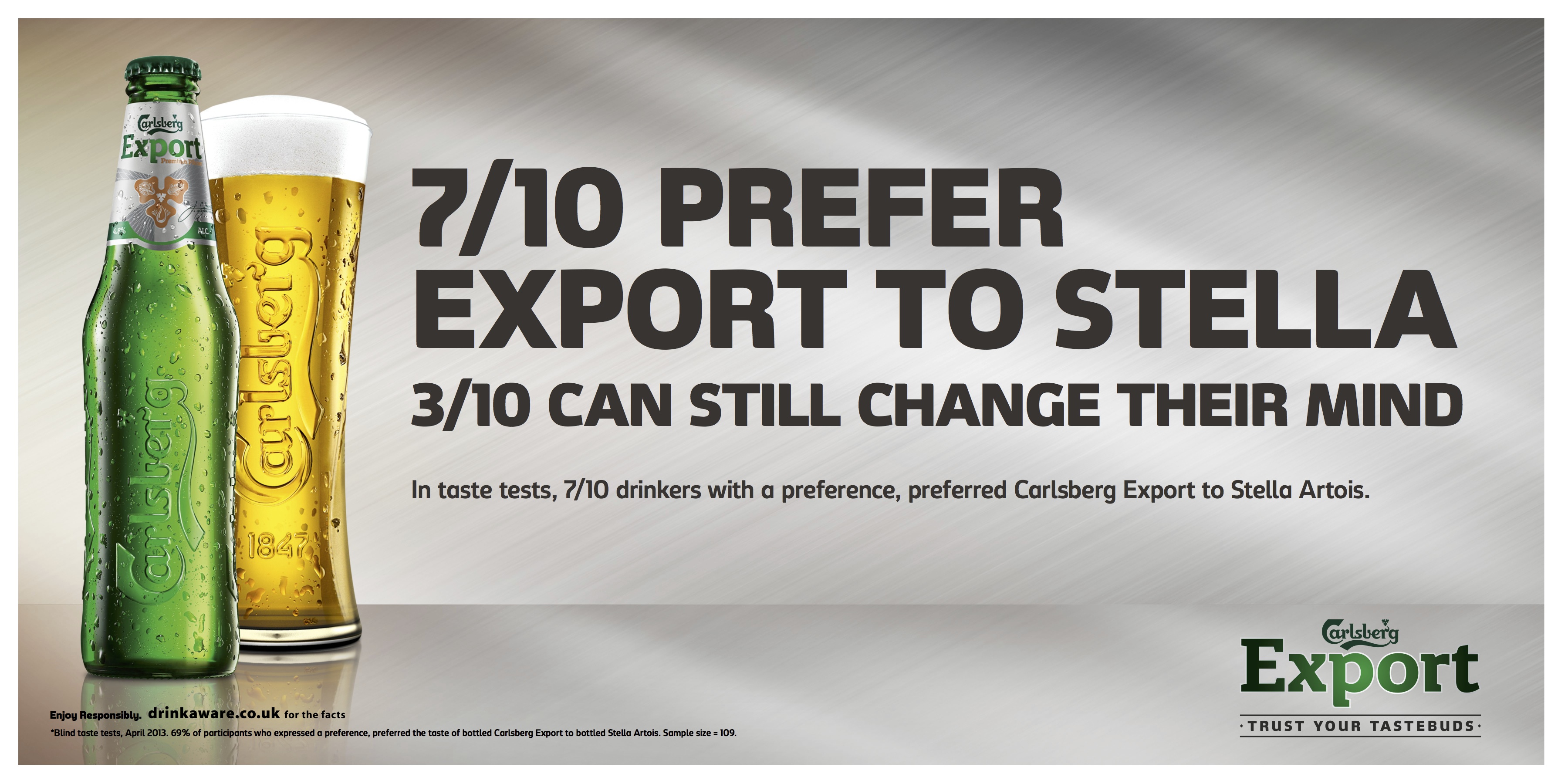 After my initial surprise that 3 in 10 people might actually prefer a Stella to, well, anything at all, the good researcher in me obviously immediately then looks at the bold ‘7/10 prefer export to Stella’ claim and wants to look into the extent of their bullshit …ahem… dissect it.

Firstly, “What was the sample size?”. Well, the handy text at the bottom of the image (yes that is text, not a trail of ants coming to consume Northampton’s finest export) informs me that it was 109. Let me blow that up for you so you can see it too…

With no more information on these 109 on the ad, I went away and did some research and a quick “Google” led me to the press release which tells me that the participants were all male, aged 18 to 40 and regular drinkers of bottled beer.

Fair enough. Sounds like a core audience to me. And you say 7 out of 10 of them (69%) prefer Carlsberg Export? Well, you say prefer. They preferred it in April 2013 anyway, but what’s two years and two months between friends?

Ok, hang about. 7 out of 10 (Or 6. Or 8.) prefer it, but what does ‘prefer’ actually mean? What proportion of these thought that Stella tasted like bin-juice but thought that Carlsberg Export tasted slightly less disgusting? Who knows? Who cares?! They prefer it! Ours tastes better than the market leader, let’s celebrate and tell everyone!

But wait a minute!, I’ve missed something in the small print. It’s not 69% of 18 to 40 year old males who are regular drinkers of bottled beer is it. It’s 7 out of 10 drinkers with a preference who prefer Carlsberg Export to Stella Artois. Silly me.

What proportion actually had a preference? I’ve got absolutely no idea. It is probably the most meaningless claim in the world.

Those pesky advertisers… bastardising our industry to try and make us buy into their claims. Wait a minute, now here’s a sample size I can believe… 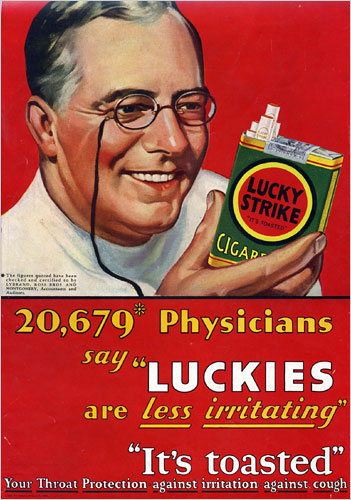 To discuss the issues raised in this blog with Gareth, drop him and email or tweet @MustardGareth