Something hidden under my bed…

Home Blog General Something hidden under my bed… 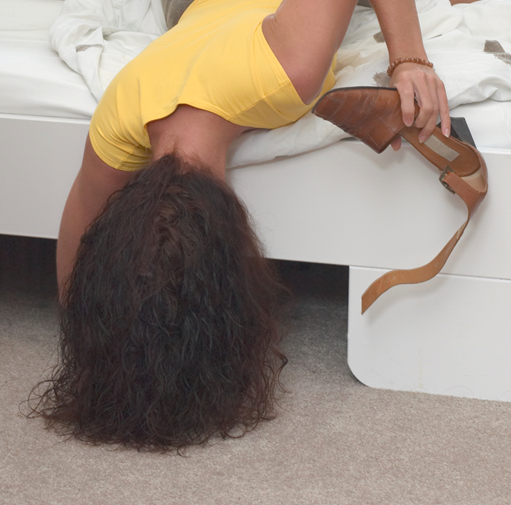 There’s something hidden under my bed and for years I’ve tried to pretend it doesn’t exist. It was always there with me, always there for me, it used to be a part of me but now I’m ashamed of it. Well last week I decided to do something I hadn’t done for a very long time; I reached under my bed, blew off the dust and opened…my laptop.

As dismissive as it sounds, I don’t really need my own laptop any more. In fairness I do still have a laptop for work, but I don’t use it for indulging my media consumption habits (#dependencies). I still have access to newspapers, social media, communities, blogs, twitter etc. but now when I’m sat in front of the TV  it’s my tablet perched on my lap, not my laptop, which means I don’t have to worry about it burning my legs.

In fact I’m engaging with the internet more than ever because during the day I’m using my smartphone (except when I’m supposed to be working…) so I’m never disconnected. I am far from alone in having felt this change. According to eMarketer, 2015 will be the first time that people in the UK spend more (non-voice) time on their mobile devices than they do on their desktops and laptops.

Marketing has been quick to respond to this shifting tide; in the US a quarter of all digital ad revenue has come from mobile (that’s up 76% in a year), and in the UK 20.1% of all media spending will come from mobile this year. But what about us as market researchers, are we ready for this?

It seems obvious to say this, but the first thing we need to be doing is making sure our surveys are user-friendly on mobile devices. There is nothing, nothing more frustrating than going to a website on your mobile, only to discover that it only opens in desktop mode.

But it’s not just about shifting from desktop to mobile, it is also important to engage with consumers on their own terms. ‘Pop-up’ communities have proven to be one of the best ways to encourage participation, as they allow people to interact when they want and where they want. Communities also engage people directly and socially, which taps into how users interact with mobile media already. Consumers are able to not only fit online communities around their existing media day, but they can become a part of it.

Mobile also presents new opportunities for research, and at Mustard we are always looking into innovative research techniques. Sometimes you don’t need a large scale quantitative study, in which case, fast response mobile surveys tap into consumers’ limited attention span but provide valuable snapshot insights. Webcam-based interviews allow you to pick up on facial expressions, tone of voice etc. and can be done from wherever you and your smartphone are.

But with opportunities there are also pitfalls. Social media is the single biggest way people interact with their mobile devices (except when I’m supposed to be working…) and it provides a huge captive audience. If you were to send out a tweet saying ‘which are better, cats or dogs? #catsvdogs’ you could immediately get dozens of people incorrectly saying dogs. But do you know who is saying what, and what are people saying across the whole of the twitter-verse? Organisations such as UKIP saw huge amounts of negative publicity on twitter before the election, but that didn’t stop them earning more votes than the Lib Dems. Understanding how to analyse the data is key, and the social media analytics that Mustard provide is the best way of doing this.

As it turns out there was a good reason I put away my laptop; it’s slow, awkward, uncomfortable, missing a few keys and really quite dirty. I won’t be going back to using a laptop any time soon and neither will consumers. Make sure you are using all the right tools in your research projects, and if you’d like to know more give us a call.

On an unrelated note, if anyone is interested in buying a fast, sleek second hand but mint condition laptop, feel free to tweet me. No refunds.