Mustard Researchers Liz and Jen get us feeling all Christmassy… 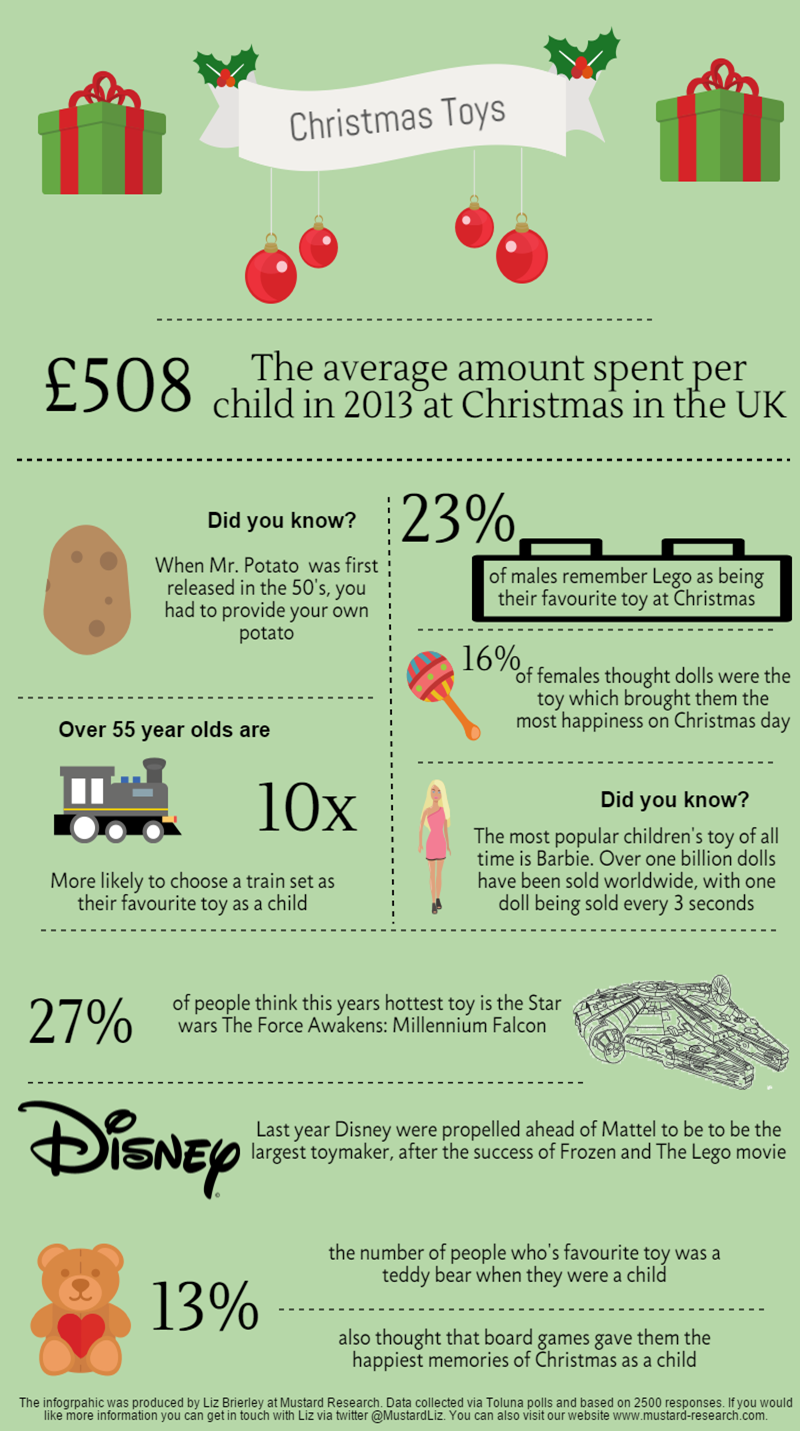 Brightly coloured baubles, advent calendars, and children’s nativity plays – it can only mean one thing: Christmas is around the corner!

For adults and children alike, it’s also time to start thinking about presents. Train sets, dolls and Lego were the order of the day in years gone by, but which toys look set to capture the imagination this year?  So what’s expected to be hot and what’s not this season?

Reach for the Stars

This year’s big winner looks set to be the Star Wars franchise, with the latest instalment of the space saga set for UK release on December 17.

A toy from another movie franchise is also expected to fly of the shelves this Christmas, with Minions Tumbling Stuart polling strongly. 15% of all respondents said they thought it would be the most popular toy this winter, proving particularly popular with those under the age of 18.

At the other end of the scale, just 3% of respondents said the City Deep Sea Exploration Vessel, produced by Lego, would be their pick of the bunch this year.

Whilst Lego’s Deep Sea Exploration Vessel is not expected to be the most popular toy this Christmas, 15% of respondents associate Lego with their happiest memories from Christmas Day – pulling in more votes than any other toy.

Board games were also found to hold good memories for respondents – particularly for the older generations. In all, 13% of all respondents said board games gave them the happiest memories from Christmas day.

The biggest toy flops were found to be Mr Potato Head and scooters, each of which brought back the happiest Christmas memories for less than 1% of respondents.

Proving that Lego is for life and not just for Christmas, 17% of respondents described the sturdy plastic bricks as their favourite ever toy.

Lego proved particularly popular among the younger generations: 22% of those under the age of 18 and 19% of 18-34 year olds described it as the best toy from their childhood.

Skate boards and scooters meanwhile polled poorly across all groups. A combined total of 43 respondents — just 2% of those polled — described them as their favourite childhood toy.

All the data was collected via Toluna and is based on 2500 responses.