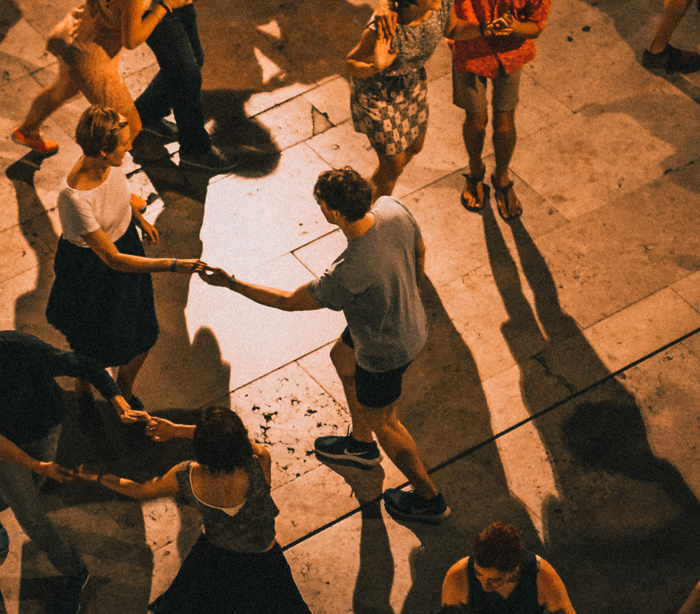 Recent research conducted by Mustard has shown that younger people would be much less trusting if it came to their partners heading off for regular dance lessons with someone else.

Mustard delivered a series of online polls in support of our friend and novelist Tracy Bloom’s fifth novel – Strictly My Husband, whose latest romantic comedy was inspired by the dreaded “strictly curse” which has plagued some of the participants in the hit BBC TV show Strictly Come Dancing.

Firstly, we asked “Would you allow your partner to go for regular dance lessons with someone other than yourself?”

Secondly, we asked “Imagine your partner started having regular dance lessons with someone else. How trusting or untrusting would you be?”.

Here, the differences between age groups became even more pronounced.

“These polls clearly show an underlying mistrust among UK couples amongst the millennials, gen y and gen x generations, that is far less prevalent among the baby boomers. The extent to which the millennial and gen y audiences mistrust the dance partner is also significant and suggests an interesting sub-plot – these younger people having an inbred mistrust of people they don’t know”.

“STRICTLY MY HUSBAND is about the chaos inflicted on a marriage when a glamorous young dancer lands right in the middle of it. I wanted to find out how people would feel if their partner suddenly declared an interest in dancing with someone other than them. I was shocked at the extreme response with younger adults clearly seeing it as a big threat.”

Tracy Bloom has sold nearly half a million ebooks in the UK, and Strictly my Husband is her fifth novel, following I will marry George Clooney (by Christmas), Single Woman Seeks Revenge, No-one ever has sex in the suburbs, and No-one ever has sex on a Tuesday.

Mustard previously conducted research to establish whether it was true that “people never have sex on a Tuesday” – and the assumptions were proven right!”

Why People Don’t Have Sex on Tuesday’s

Strictly My Husband is available to buy now from Amazon.co.uk.